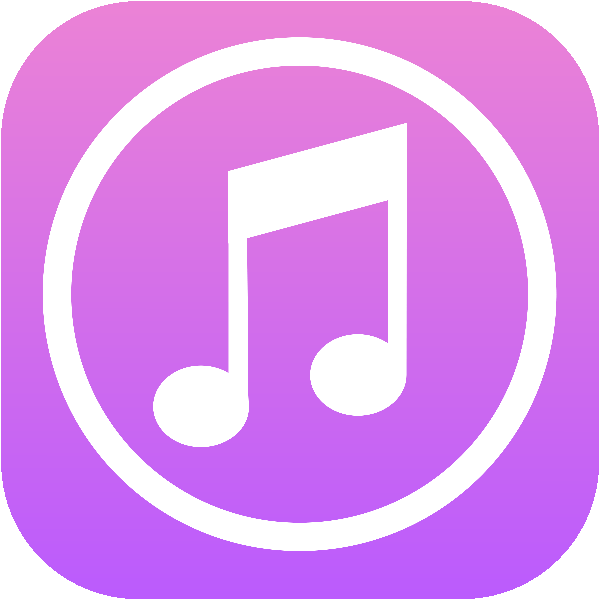 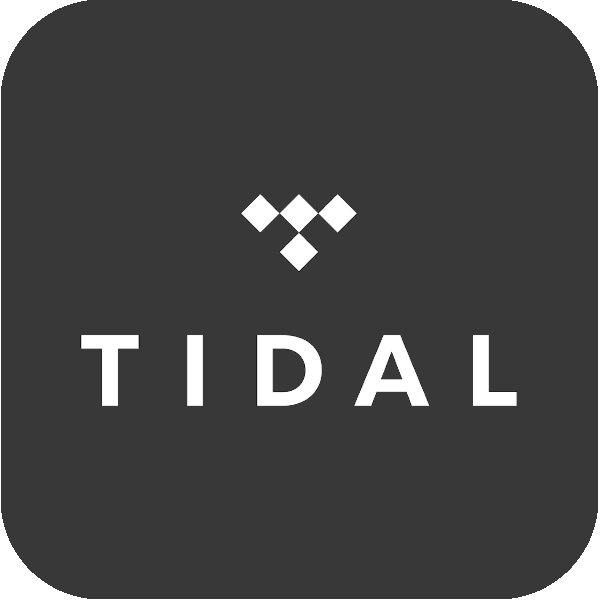 For those who require free music – for whatever reason

For those who require free music – for whatever reason

Song For A Friend

Ghost In The Machine

Show Me Your Soul

Theatre Of The Mind

Hey Ya’ll Welcome to the site! Hope you enjoy the music as much as we do! Let your people know about this page and help us get it out there! 🙂 Love. Peace.

Cheers for the comment Cilla! Knew you would enjoy the album! Thanks so much for your support! xx

Great stuff !! would love to join in sometime !!!

Hey Badger – perhaps we can do it online –

I couldn’t be much prouder than I feel right now! Heart and soul…that’s what you are William!!

Thanks for saying Sister!

Hey Ya’ll Welcome to the site! Hope you enjoy the music as much as we do! Let your people know about this page and help us get it out there! 🙂 Love. Peace.

Cheers for the comment Cilla! Knew you would enjoy the album! Thanks so much for your support! xx

Great stuff !! would love to join in sometime !!!

Hey Badger – perhaps we can do it online –

I couldn’t be much prouder than I feel right now! Heart and soul…that’s what you are William!!

Thanks for saying Sister! 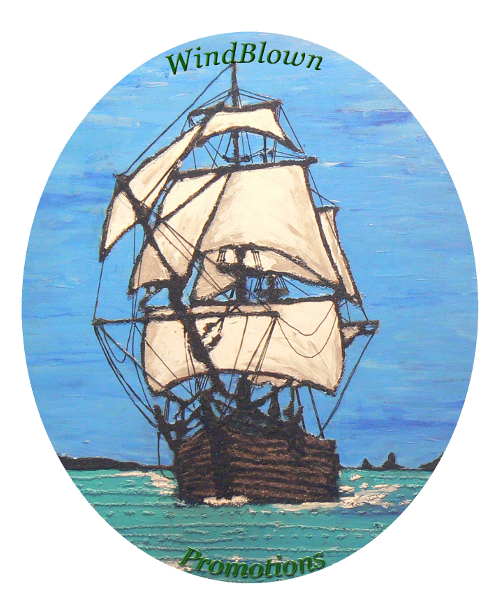 I am the man – the man with the mind

You are the woman – the one of a kind

We are the children of angels above

We looked in the heart and found the one love – let it shine!

Listen to my heart – try to understand my pain

It doesn’t really matter what happens to the weather

I hear what you’re saying in the early morning hours

We’re fighting with the devil to overcome the powers

You sister please me – you don’t want to hide

And I have the courage – just to say stay satisfied

Wherever She may be – She’s so right for me

Wherever she may be – she’s so good to  me

She’s the girl with the golden smile

She touches my heart with her eyes

She gives me what I’m needing

She walks that extra mile

She opens my eyes – I get a surprise

She succeeds because she tries

These words from me to you are easy enough for me to say As natural as a summers day you make it that way I’ve gotta tell you woman you’re a warm loving soul I like the way we move together no one’s in control I like to see our destiny as always being together I like to see our happiness regardless of the weather I know you know me well enough to speak with honesty You know there is no risk involved with opening up to me yeah! Open up to me girl

Wherever you may be – You’re so right for me

You know you go girl you take me to the heights

I really like the way we fit – every little bit

That’s what I love about you girl I know that I am blessed To have a friend and lover lay her head upon my chest Your smile – your laughter – your patience – you enhance My own existence – come on girl lets dance Let’s do that cosmic thing You touch my heart girl swing You bring me joy girl – the gift of love girl That’s exactly why I sing   Go Girl You’re So Right For Me!  Yeah!

I’ve traveled on these southern roads

They’ve taken me to many answers to my questions

Followed the white line in the daylight

Cats eyes shining bright in the darkness of my night

Strangers truly are the friends we haven’t met

The souls we don’t forget through life’s long lessons

Often sheltered from the storm – warm my body soul and spirit feeling alright.

Every thrust and every loss of sexual tension

We could really kick arse then – we could change this world

We could listen to the child that we are

That ship is sinking – How about that

Does Armageddon have to be?

The answer is in you and me – how about that

MOTOR MAN      [Close window button at bottom of this page]

Tell me what you’re ganna do

Tell me where you’re ganna go

Tell me what you’re going through

Or do you even want to know – Motor Man

Motor Man why your running

What lies ahead is coming

Ain’t no way you can step aside

Ain’t no way you can run and hide

I start again upon the road that never ends

You’ve been a rock – For so long now

Nothing can shock or bring you down

You can teach me when I’m Needing

You can reach for me when I’m bleeding

You are a thought worth thinking

You’re a surprise worth hoping for

You are a dream gone real

You tied the knot – then you let it slip

We can chart another trail – Raise the anchor fill the sails

Now’s the time to spread our wings – and fly!

JOHNNY       [Close window button at bottom of this page]

Boyhood fascination with the bullet and the gun

Violence was the answer but it isn’t anymore

Plastic tanks and battleships nothing more than toys

What harm could propaganda do to the minds of little boys

It don’t look like Johnny’s coming home no mama

He was in another country fighting someone else’s war

I wonder if he asked himself “what am i fighting for?”

I wonder if he knew the fact that no one really wins?

I wonder if he knew his enemy was just like him?

It don’t look like Johnny’s coming home no mama

DESERT STORM       [Close window button at bottom of this page]

The wind blows across the desert – no shelter from the storm

Do we know the meaning Lord above?

Or awake before this living nightmare of a world

What do we say – and we say

What have we started? The fire’s burning

What have we started – What is the lesson we are learning?

Who will hold my head for me – who will reach into my soul?

Who would dare to care enough to help me tear away this wall?

Who but Silence answers me?

Who but Silence answers me!

We are invited to the feast!

Inside my heart delights at the action I must take

Lest I forget the taming of the beast within

Lest I forget the heart that aches!

What have we started? The fire’s burning

Who will hold my head for me – who will reach into my soul?

Who would dare to care enough to help me tear away this wall?

Who but Silence answers me?

Who but Silence answers me!

I was born to be free

Free from the rules and regulations of hypocrisy

Said to my mama I’ve been dying

Since the say I was born

You didn’t here the boy crying

From the lips of the lying lawman the truth is sworn

Yeah I choose my own trail

Where I go I take my freedom

Even when I’m down in the lawman’s jail

The devil knows this Outlaw ain’t for sale

I met The Stranger on the Midnight Train

He told me he was leaving – said he couldn’t remain

I never met him again

I feel he was real but I don’t really know

I might have been imagining the whole damn show

We all have that place where we sometimes go

Where the lines are blurred and the lighting is low

Yeah the lighting is low – where the curtains will part

Well you got my attention – where to now?

Take me for a ride on the holy cow

Take me to the land of the big surprise

Take me where I’ll never believe my eyes

I won’t believe my eyes!

The Beggar of belief.

I saw The Stranger on the Midnight Train

I was standing on the platform as it started to rain

He was starring out the window – I could feel his pain

I’m ganna meet him again…Where the lighting is low…

One day I’m ganna marry me a princess

One day I’m ganna know just who you are

And I’ve been searching since forever

And I have dreamed you as I slept

And I have walked with you in another time and space

Seen the eyes….but not the face

Show me your soul

One day I’m ganna kiss away your tears

Some day I’m ganna scare away your fears

Today I’m told every soul has another

One day I’m told I will be one

Someday every stream becomes one river

Today I’m ganna do what must be done

We’ve done all we can, one day we will find the way through

Tony Cooke and William Waterstone have been collaborating since 2015, working in their individual home studios to produce their first album “GHOST IN THE MACHINE” –  a set of 12 original songs, orientated primarily on Rock, – blues rock, alt rock, rock ballad, folk rock,  and ending the album with a country song…just to add a twist to the ongoing flavor…

William writes the songs, does all the vocals, plays most of the instruments, arranges the music, and has been writing songs since he started playing the guitar in the mid 80’s.

The songs chosen for this album represent some of the best he has written over that period of time, about a variety of subjects, including deep friendship, (Song For A Friend) 14 years relationship with his partner, Linda, (So Right), travel (Motor Man & How About That) the sadness of war (Johnny & Desert Storm) spiritual ideas (Ghost In The Machine and The Silence)…

Tony mixes and masters the songs, separating the frequencies and bringing them up to broadcasting standard and also plays bass on the album.  He has been heavily involved in many aspects of the local (Timaru) music scene for decades and is well respected for his audio engineering abilities with sound mixing and music production.

Together these guys have pooled their talents to create this fine example of Kiwi Ingenuity, created on a shoestring budget and with grit determination and belief in the end product envisioned, the end result they both consider has proved worth that time and effort and of which they are genuinely proud to have made.

The recent release of their album through a distributor onto the popular web platforms has been the first step, as well as having this website built https://jig.nz/ and focusing on now learning the ropes on how to get airplay through radio. All stepping stones as means of trying to get the music noticed by the general public.

Tony and William are already working on album two – (Tied To The Moon) and to date have enough original songs for another six 12-song albums. Making these albums is their primary focus at this stage.  Promoting their first album released, is part of that overall project.

For Ghost In The Machine Tony and William enlisted the help of Saxophonist Brain ‘The Sax Man’ Omundsen for inclusion in some of the album songs.  They hope to  encourage other session muso’s to contribute to their next albums, as the future unfolds.

Many Thanks also have to go out to the people who developed the Cubase software used as our main digital studio, as well as the developers of Addictive Drums, which without – this album could not have been created as it was, in the comfort and less expensive environment of the home studio.

Mostly many thanks to JIG Supporters behind the scenes.  You know who you are.  We love You all!

Please don’t forget to leave a comment and tell your to friends about us!

Lyrics, Vocals and all other instrumentation  – William Waterstone

Please pay your donation directly into the following bank account: